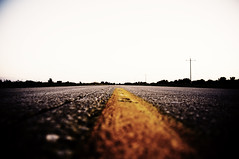 Wednesday, Nov. 9 marked a day that Gov. Tom Corbett chose to make the roads in his state a little safer. He signed into law Pennsylvania Senate Bill 314, which makes texting while driving a primary offense, meaning law enforcement would not need another reason to pull someone over. If ticketed for the offense, the fine is $100.

On Nov. 8th, voters in Arkansas chose overwhelmingly to renew a $575 million bond program designed to improve state highways. While the bonds aren’t entirely funded by a 4-cent tax on diesel fuel, the development of the bill provisions divided Arkansas transportation leaders, as it leveled what some consider unfair costs onto smaller and independent trucking companies. 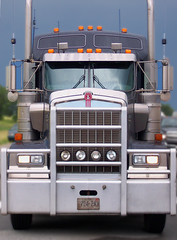 At this years Maintenance Conference & Exhibition, the American Trucking Assns. (ATA) formally elected Dan England as the association’s chairman. He replaces Barbara Windsor, who is CEO of Hahn Transportation. “Dan is the quintessential trucker. He is a credit to his family, his business and his industry,” ATA President and CEO Bill Graves said. “ATA is lucky to have Dan as our ambassador for the coming year…” Read more about this development at FleetOwner.com.

States budget coffers are still feeling the pinch of the economic downturn that began in 2007 and will most likely last into 2013. To make up for falling revenues, state budget committees are turning to voters to help pass taxes latched to diesel fuel. Sometimes they don’t even put it to vote, they just pass bills on their own. Last week Iowa’s 16-member Citizen Advisory Commission voted unanimously to endorse a proposal to increase the state’s fuel tax rate by 8 to 10 cents per gallon. This is expected to generate nearly 300 million in funds to upgrade Iowa’s state and federal highways and bridges. In answer to the proposed plan, transportation industry representatives suggested that in lieu of new taxes, that state budgets be spent more wisely and with less redundancy.

What are your feelings about the new diesel taxes? Do they affect you negatively, or does it make you happy that highways are being upgraded? Let us know!