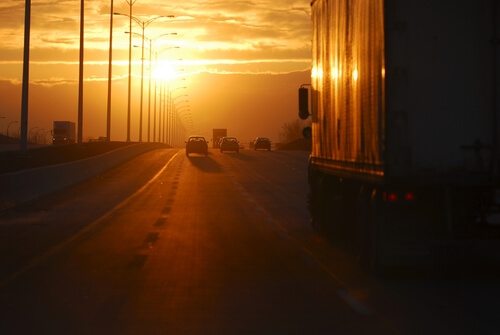 A Canadian truck driver who convinced a court that requiring speed limiters on trucks is unconstitutional, hopes the ruling will some day lead to new laws in the province. A court judge seems to agree, citing that speed limiters conflict with the truck driver’s right to security of person under the charter of rights and freedoms.

Michaud told The Standard that being unable to accelerate past 65 mph ” the limit that became mandatory for truck drivers in Ontario on Jan. 1, 2009 ” is a safety issue.

This was pushed down our throat and put everybody in danger on the road, he said. It’s just not right.

Michaud was ticketed in July 2009 for violating the speed limiter law after he pulled into the truck weigh scale in Vineland. It was there that authorities noticed his speed governor was set to 68 mph, 3 miles per hour over the legal limit. Michaud said the extra 3 miles per hour gave him some breathing room in case of emergencies. For instance, he said, the only way to get out of a jackknife situation is to step on the gas.

I’m no speed demon, he said. My truck was limited with 68 miles an hour. That three miles an hour would get me out of trouble if I needed it. With everybody else being at 65, I had a little bit of leeway there to get away from a situation that was happening.

The 58 year old, who has been driving trucks for 38 years, decided to fight the $490 ticket, saying it was the principle of the matter. His Toronto lawyer, David Crocker, brought a charter challenge forward in provincial offences court, arguing the limiters create an unsafe condition for Michaud because he is unable to keep pace with traffic under certain circumstances.

Crocker said Thursday he used an expert’s evidence to argue that whenever a situation is created with variances of speed, the vehicles at either end are more prone to accidents.

In a surprise ” and potentially precedent-setting ” decision, justice of the peace Brett Kelly agreed.

A spokesman for Transportation Minister Bob Chiarelli said Thursday the Ministry is appealing the case.

Find out more about what the Canadian Ministry of Transportation thinks about highway safety and how this court case impacts future laws at The Sault Star Newspaper.