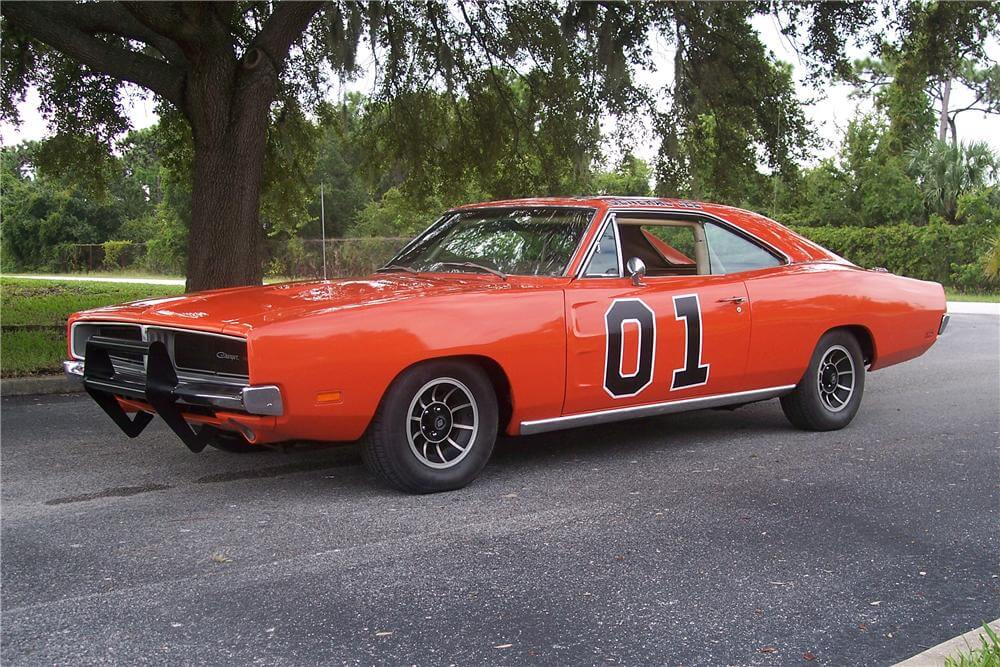 Hollywood legends come and go, but the iconic General Lee from TVs “Dukes of Hazzard” has some real staying power. And if you have enough scratch, you can capture a little bit of that star power for yourself. How much? Ehmmm…just a little more than $450,000. The General 01 goes on sale this month in Scottsdale, AZ and the estimated price is pretty breathtaking.

The General 01 is the car that made the big jump during the title sequence of the show, up the dirt ramp and over the squad car to its ultimate doom, unfortunately. The jump was measured at a full 16 feet high, dropping the 3700 lbs of steel directly down on the lightly modified suspension, instantly crushing it. While the jump was an impressive 82 feet in length, the result guaranteed that the General 01 was done for good. The Dukes of Hazzard finished their 5 season TV run using the other Dodge Chargers (estimated at around 320 total). That’s a lot of orange paint!

So what’s the story on how the General 01 was revived? After it made the heart-stopping and life-ending jump, the producers of the show decided to toss it and move on to the next model. It sat in a Georgia junkyard for 23 years. Retrieved and purchased by Travis Bell it went through another set of owners before being purchased by Marvin Murphy. Murphy then had Bell supervise the restoration of the car to its condition immediately before the 82 foot jump. Since its restoration, Lee 1 has continued to be owned by Murphy and was put on display in various museums and car shows.

In an open auction with no reserve, there’s no way to know how much Lee 1 might bring. However, a Hemi-powered General Lee replica owned by actor John Schneider was auctioned at Barrett-Jackson in 2008 and it attracted a $450,000 top bid. “If Lee 1 sells for less than that,” says Bell, “it would be sad.”

So truckers – how much would you pay for a little bit of history?