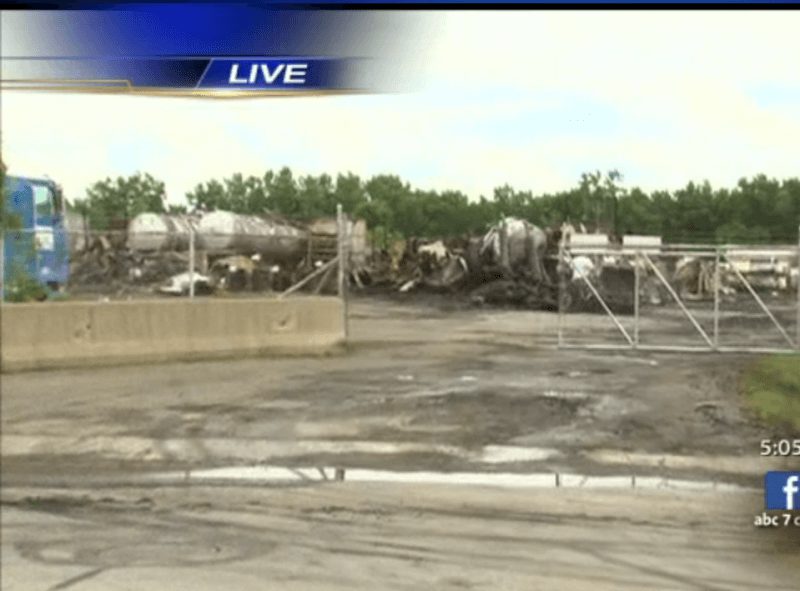 On Saturday morning, a fire tore thorough a trucking company in northwest Indiana.

Firefighters were called to Bulk Express in Hammond, Indiana, at approximately 9:00 a.m.

Hammond News reported that two employees were using a torch to work on a tanker. The workers believe a nearby propane tank leaked, causing the area to erupt into flames, however, the company’s website states, “Apparently they got a chunk of dried product out of there and they couldn’t get the product to stop flowing and it floated in the shop and it ignited things in the shop,” said Greg Lynch, Bulk Express.

Investigators are working to determine the actual cause of the fire.

The two employees were able to escape the fast-moving fire.

The fire spread quickly.  Two of the company’s buildings, a tanker and two trucks were completely destroyed.  Two other tankers and two pickups suffered extensive fire damage as well.

Only one Bulk Express building was not damaged by the fire.

Firefighters had a difficult time controlling the blaze.  Special equipment was called in from the BP Whiting Refinery.  The BP firefighters supplied an apparatus that uses foam to smother the flames.  Once firefighters had that equipment, they were successful at extinguishing  the fire, Hammond News reported.

Hammond firefighters had a difficult time containing the blaze, so special equipment from the BP Whiting Refinery fire department was called in. The BP firefighters arrived with apparatus that uses foam to smother fires. With the help of the foam, firefighters were able to control the fire.

The fire was effectively extinguished by 10:00 a.m.

According to the DOT, Bulk Express employs 78 drivers.