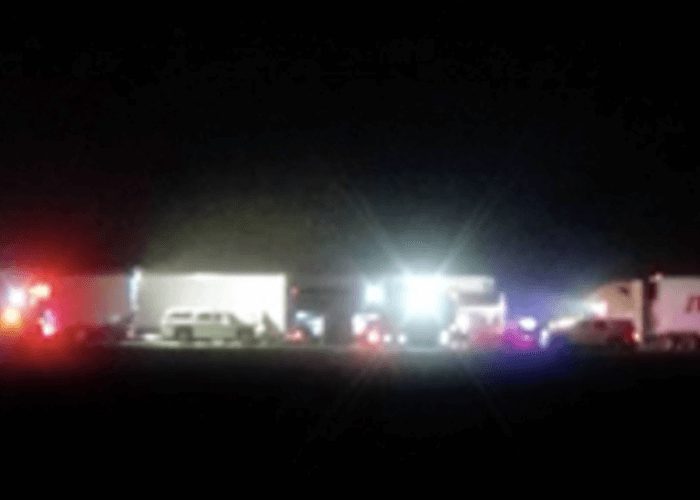 A woman was killed last night in a pileup involving six semi trucks, one motorcycle, and six passenger vehicles on I-40 east of Amarillo, Texas.

The crashes occurred just before 9 p.m. when a dust storm created zero visibility conditions. The pileup occurred in the eastbound lanes of I-40.

One Killed, Several Hurt In Pileup

Tammy Page did not survive the crash. She was a backseat passenger in a car that was pinned between two trucks.

Several others were injured during the crash.

One of the trucks as hauling hazardous material, but none of it leaked during the crash.

The crash shut down eastbound lanes of I-40. All lanes reopened as of 6:30 this morning.

Police are still investigating the pileup.