A truck driver learned an expensive lesson in Colorado on Wednesday when he was caught using Independence Pass to try to avoid construction related road closures in Glenwood Springs.

On Wednesday just before 10 a.m., officers from the Pitkin County Sheriff’s Office cited 36 year old truck driver Louis Zaharias Perez after they were tipped off by a motorist about the presence of a semi truck on Highway 82 through Independence Pass. Perez was issued a $1000 fine for violating a ban on vehicles longer than 35 feet on Independence Pass.

According to Deputy Jesse Steindler, Perez said that Google led him to use Independence Pass in spite of signage warning truckers that they are not allowed: “It was a number of things [on why Perez used the pass], but in his world the [Glenwood Springs bridge closure] was paramount in terms of why he did it. He also said that Google indicated that was the way he could go.”

Steindler said that Perez admitted to seeing the signs banning trucks from the pass: “This was egregious. There are CDOT signs warning anything above 35 feet. He said he saw the signs, but he couldn’t get a way with it.”

More Trucks Expected On Independence Pass Because Of Bridge Closure

Take a look at CDOT’s detour map below. 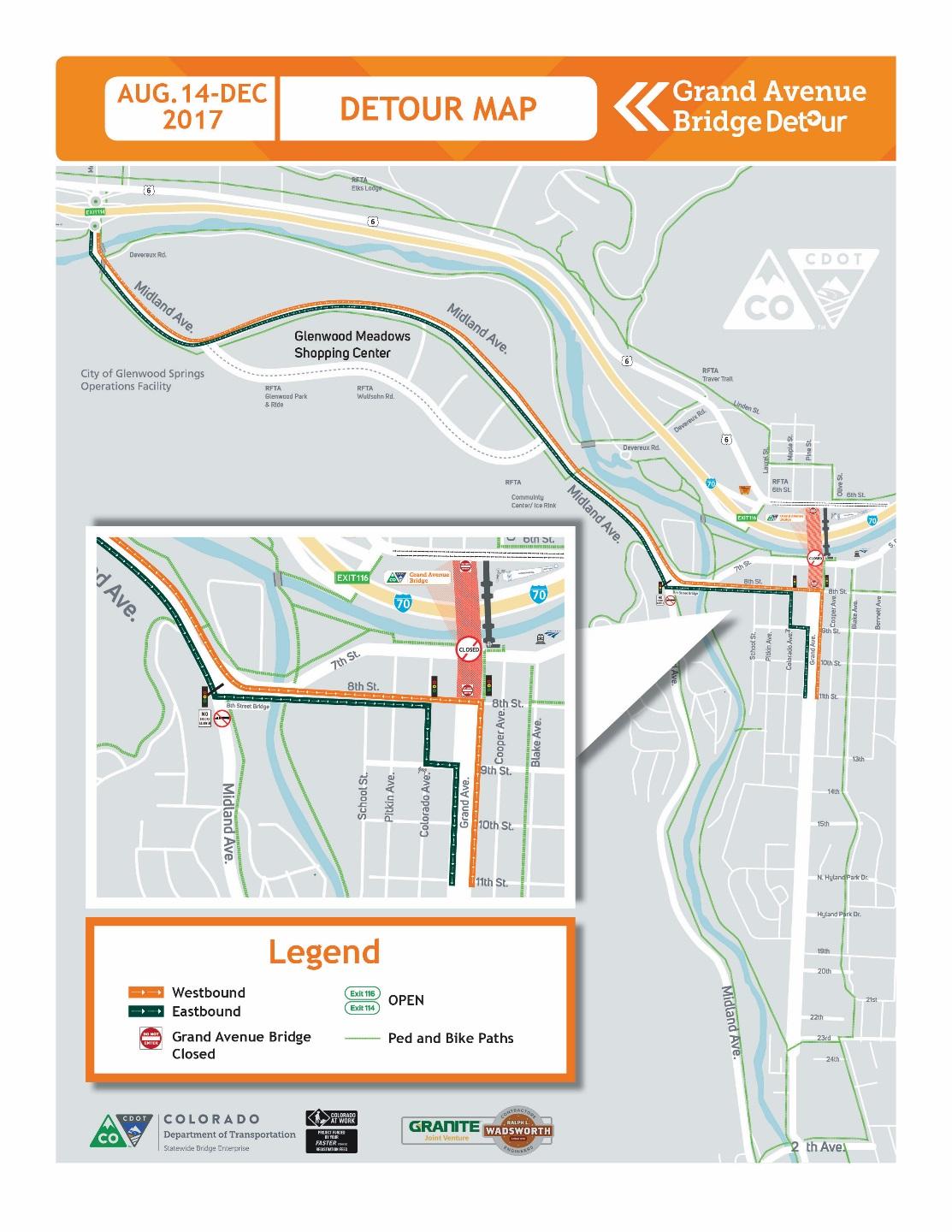 Trouble viewing the map or looking for more information on the bridge closure? Click here.

Fines can go up to $1500 if a truck using the pass caused road closures or traffic delays.

Because increased fines and signage haven’t worked to keep trucks off the pass in recent years, the Colorado Department of Transportation is working with Pitkin County on a system that uses flashing lights and electronic signs to direct wayward truckers to use a designated turn around area.

The system, worth half a million dollars, isn’t expected to be up and running until late August or early September.

Here’s more information from CDOT on the road closure.

Northbound (Traveling to north or west Glenwood, and I-70 access)