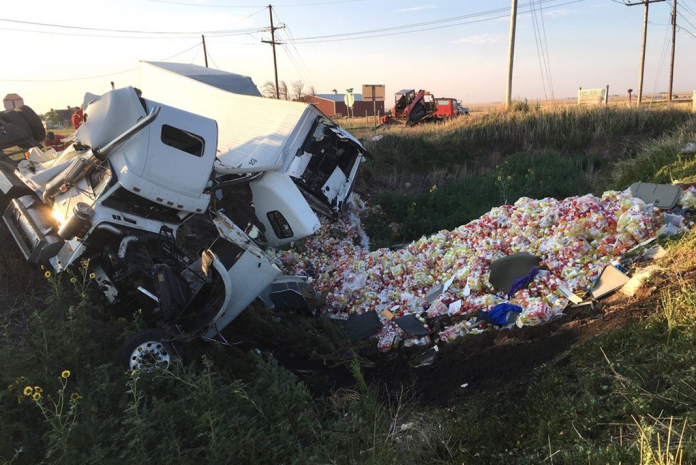 Police say that a truck driver “apparently fell asleep” just before he crashed and spilled thousands of bottles of Vitamin Water on a highway in Texas this morning. The crash was reported at 4:30 a.m. near Amarillo in Randall County. Police say that the truck driver fell asleep at the T-intersection of Hollywood and Bushland Roads, failing to stop and crashing into a bar ditch. The crash caused the truck’s load of Vitamin Water to spill out into the grassy ditch. The unidentified truck driver was transported to the hospital for treatment of unknown injuries. The Randall County Sheriff’s Office says that extensive cleanup was required and the agency advised drivers to avoid the area for several hours after the crash.