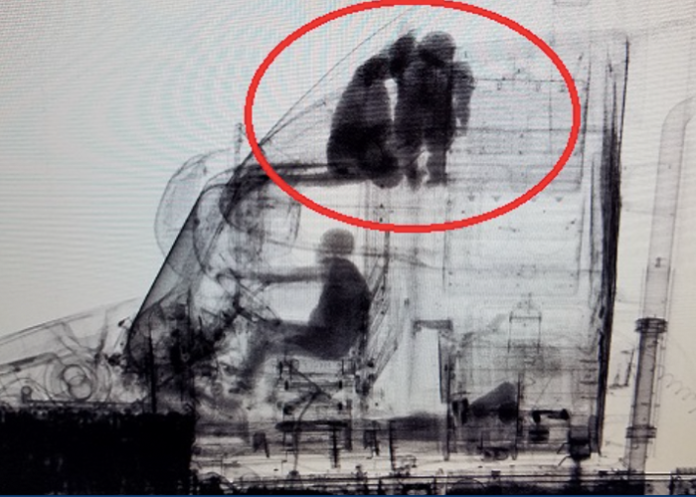 Texas Border Patrol agents say that they found two illegal immigrants hiding in a semi truck’s windjammer during an inspection at a checkpoint this week.

The incident happened on Tuesday, February 26 at the I-35 checkpoint in Laredo, Texas, as a tractor trailer approached the primary inspection lane, according to a news release from the U.S. Border Patrol.

While inspecting the truck, a Border Patrol agent detected two individuals hiding in the windjammer above the truck driver’s head.

Both of the individuals were determined to be Mexican nationals who had entered the U.S. illegally. Border Patrol agents say that the truck driver is a Mexican national who is the in the U.S. legally.

Agents arrested all three people on charges related to human smuggling and Border Patrol says that they will be “processed accordingly.”

Border Patrol agents use “Non-intrusive inspection technology” including “large-scale X-rays and Gamma- ray imaging systems” at border check points to help them to locate contraband or illegal immigrants hiding inside of vehicles.