Michigan police are asking for the public’s help in locating a truck driver who has been missing for a week and is suspected to be in some kind of trouble. Weinheimer’s truck was located across the street from the Speedway at a Shell gas station. His key was found in the ignition and the key to his home was found on the dash of the truck. Weinheimer’s wallet and cellphone were also found in his truck.

Weinheimer’s family said that the trucker never made his last delivery before he went missing.

So far, police have used canine teams, helicopters, and door-to-door searches to try to find Weinheimer with no luck.

Weinheimer is considered ‘endangered’, police say, based on the condition his truck was left in.

“This is so not like Patrick at all,” sister-in-law Rachel Weinheimer told WNEM. “So, he’s not the kind that would just walk away from everything.” 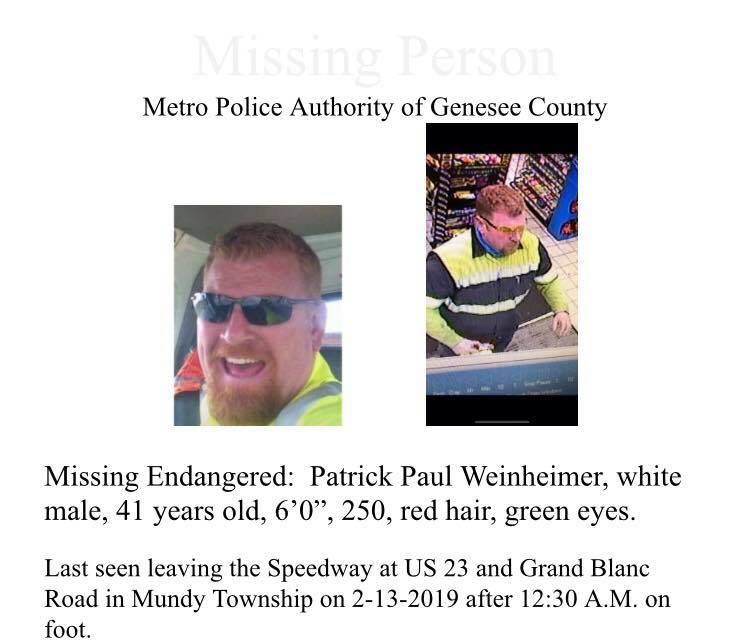