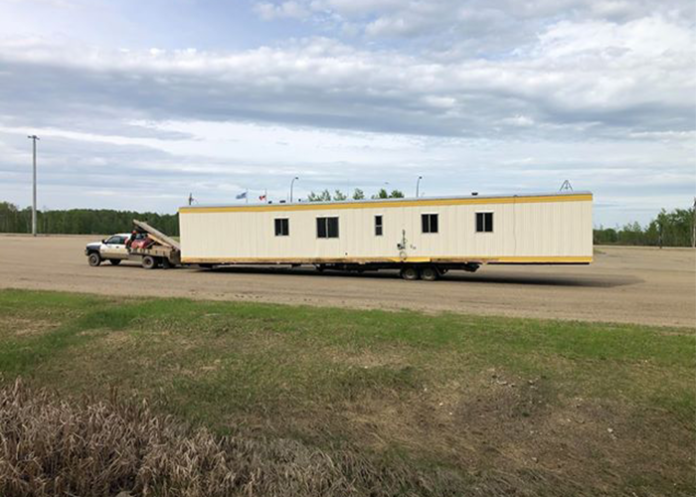 A pickup truck driver’s creative attempt to move a mobile home was halted when he was put out of service by law enforcement last week.

While patrolling near Grimshaw, the officer spotted Dodge Ram pickup truck transporting a mobile home to a new location.

The officer pulled the pickup driver over for an inspection.

After giving the towing setup a closer look, the officer discovered a total of 21 violations, including:

The Alberta Sheriff’s Office also pointed out that “During the inspection, the officer also noted that the trailer hitch had no locking mechanism – meaning the only thing keeping it attached to the vehicle was the sheer weight of the load on the trailer.”

The pickup driver was issued more than $3,800 in fines and ordered out of service.

Check out some more pictures below.