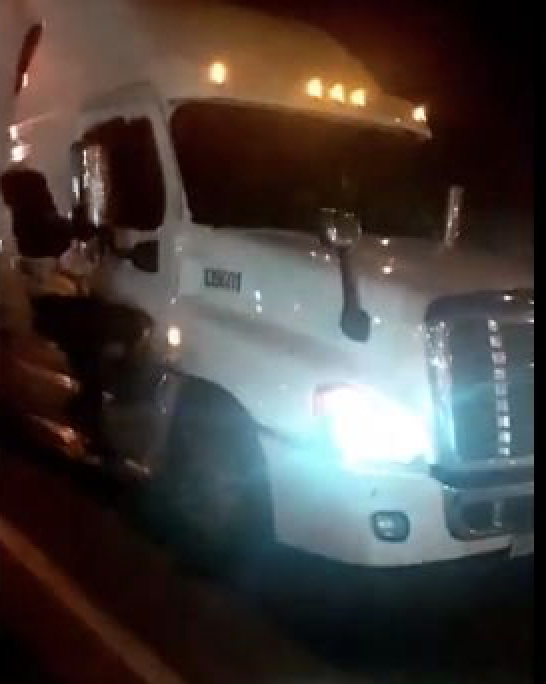 According to multiple St. Louis news sources, a protester was killed early this morning after being dragged by a FedEx truck.

Fearful for his life, the truck driver began blowing his horn and drove away from the scene.

On the video, protesters can be heard shouting, “back the truck up” and “someone’s under the truck.”

A protester who had been staring between the truck’s trailers was dragged by the truck and pulled under the trailer tire.

The man was taken to a St. Louis hospital where he died of his injuries.

The identify of the driver and the man have not been released.