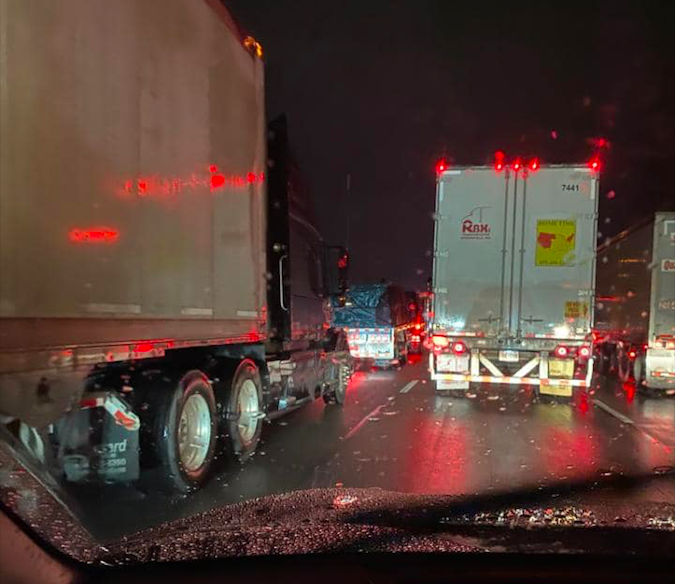 An Alabama woman says that a group of truckers came together to protect her from an unexpected tornado, using their big rigs to shield her from the storm.

On January 25, after visiting her sister in Gulf Shores, Melinda Maynard was on I-65 traveling back to Madison, Alabama when severe weather struck north of Birmingham, according to a report from local outlet WVTM13.

Maynard, who was in the center lane of the interstate, said that as rain hammered down and the winds picked up, she noticed a truck nose in front of her.

Soon, she was surrounded by eight semis.

Unsure of what was happening, Maynard said that she saw one of the truck drivers motioning to her to get her attention. The man yelled, “It’s a tornado! We’re here to block you!”

After the tornado passed, Maynard was able to resume her trip and made it home to Madison by 3 a.m. the next day.

“I have to believe that those truckers surrounded me on purpose. It was a reminder that there are kind people in the world, kind people that I needed that night,” she told the outlet.

Maynard’s sister Mandi Johnson shared a Facebook post thanking the truck drivers for their act of highway heroism. The post has since gone viral and has been shared more than 55,000 times.