Home Uncategorized A Sad Day For The Trucking Industry 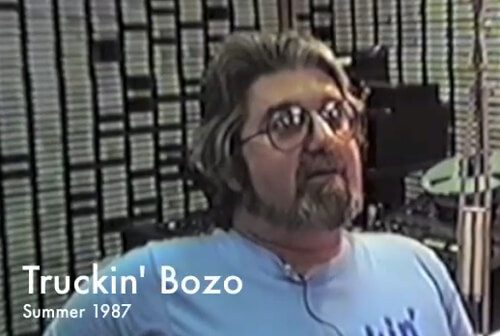 Today, the trucking world lost a trucking legend.  Dale ‘The Truckin’ “Bozo” Sommers, has passed away at the age of 68.  Sommers has been battling Addison’s Disease and diabetes for quite some time, but he never lost his sense of humor or passion of the trucking industry.  He will me missed by all.

Sad news from Florida: Dale “The Truckin’ Bozo” Sommers, host of WLW-AM’s overnight show for truckers (1984-2004), died this morning in a Florida hospice. He was 68.

After radio jobs in jobs in Indianapolis, Seattle, San Diego, Miami and Kansas City, he returned to Cincinnati in 1984 to do the overnight show for 20 years on WLW-AM. He retired in April 2004 “due to health concerns,” the station announced at the time, and was replaced by his son, Steve.

His retirement in Florida didn’t last long. Soon he was doing afternoons on the XM radio Open Road Channel (now the Road Dog channel on XMSirius. He gave up the satellite radio show earlier this year.

“The Truckin’ Bozo” made national news twice at WLW-AM helping solve crimes, a testament to his huge audience from the 50,000-watt Cincinnati radio signal and on satellite.

In 1986, he helped catch a robbery suspect in Georgia. He was chatting off the air with a regular caller, known only as the “Mississippi Lady,” from a 24-hour convenience store Camilla, Ga., when he heard her tell someone, “You can’t come back here” before quickly hanging up the phone.

Sommers called Camilla police, who were familiar with his “Bozo Show” and a store clerk known as the “”Mississippi Lady.” Within minutes, an officer apprehended the robber.

In October 2002, a “Truckin’ Bozo” listener from Northern Kentucky assisted in catching the DC sniper after hearing Bozo give the license plate over the air.