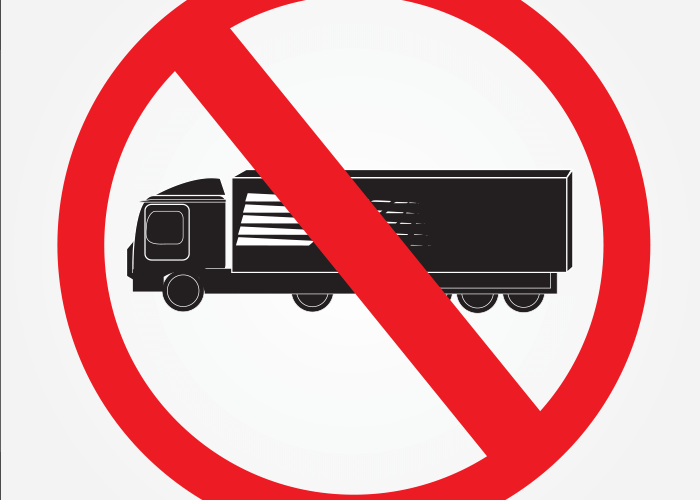 After a unanimous vote, the town of Oyster Bay, New York voted to ban big trucks on South Oyster Bay Road — but federal officials say that they do not have the jurisdiction to do so.

The ban came after resident complaints about the noise, pollution, and danger that they feel trucks bring to the community. Said one local woman: “You’re pulling out of a parking lot, and they’re speeding by, and they’re huge. And they block the area. You can’t see.”

The Federal Highway Administration says that the truck ban isn’t valid because only the state has the power to designate roadway restrictions.

Truck drivers who pass through Oyster Bay are obviously upset about the ban. One driver told reporters, “We need the roads to bring medical supplies, food, water — these are human beings’ needs.”

The road has been designated an access road since December 2014, but a new FedEx facility has significantly increased truck traffic.

State officials said that unless there is a dramatic increase in the number of truck crashes on South Oyster Bay Road, they stand by their decision to designate it as an access road. So far, there have not been an increase in truck crashes.

Truck driver wins $9.3 MILLION after he was run over by co-driver in alleged $50 turn-around trap Roadcheck is happening now. Here are four possible outcomes if you get inspected.