Home Entertainment The History and Evolution of Truck Stops 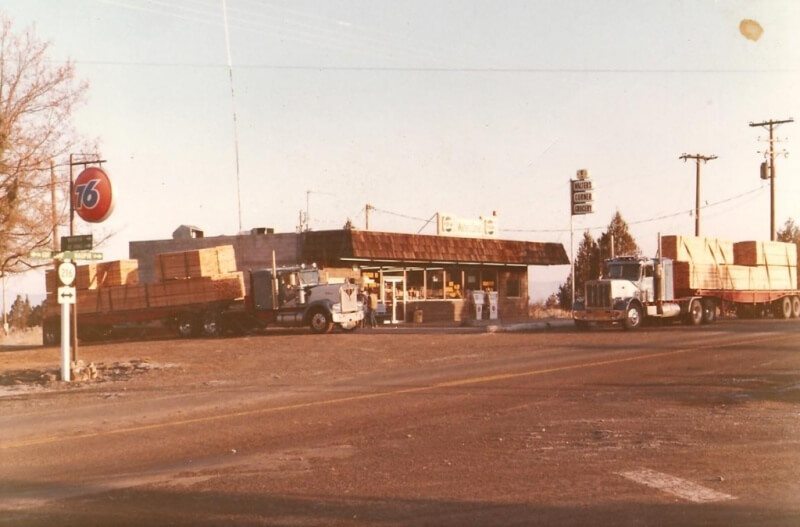 The truck stop industry has seen nearly as many changes as the trucking industry itself.

As a result of WWII, more trained truck drivers were on the road.

In the 1940s and 1950s, truck stops began to change even more. In 1948, Fred Bosselman, farmer and truck driver, and his wife Maxine opened Bosselman and Eaton Truck Stop in Grand Island, Nebraska.

Today, many of Bosselman’s truck stops are still open for business.

In 1956, President Dwight Eisenhower signed the Federal Interstate Highway Act, which called for the construction of more than 41,000 miles of new interstates.

Truck stops were now a booming business, and as trucks grew in number and size, so did truck stops.  Small, independent truck stops catered to drivers and many provided good, home cooked food.

In 1972, the first chain truck stop opened its doors.  Truckstops of America, now TravelCenters of America, opened the first of six locations.  In 1975, Petro was founded.

In an attempt to appeal to the general public, as well as truck drivers, truck stops began declaring themselves travel plazas.  According to the New York Times, at least 80% of truck stops are now travel plazas.

In a 1999 interview, when describing why TravelCenters of America designed their locations with separate entrances for commuters and truck drivers and a back door for drivers, O’Connor told the New York Times, “We didn’t want the trucks seen first, because that would scare off the motorists.”

O’Connor explained that motorists and truck drivers share much of the travel plaza areas, but that drivers have a separate place to shower because, ”when motorists come in they don’t want to see a half-dressed trucker shaving.”

Many truck drivers recognize and understand the corporate, chain travel plaza mentality and try to frequent the independent truck stops, however, with fewer such truck stops available, many are often forced to visit the large chains.

Drivers, what do you think can be done to save the independent truck stops?

According to TravelCenters of America, O’Connor is no longer affiliated with the corporation.