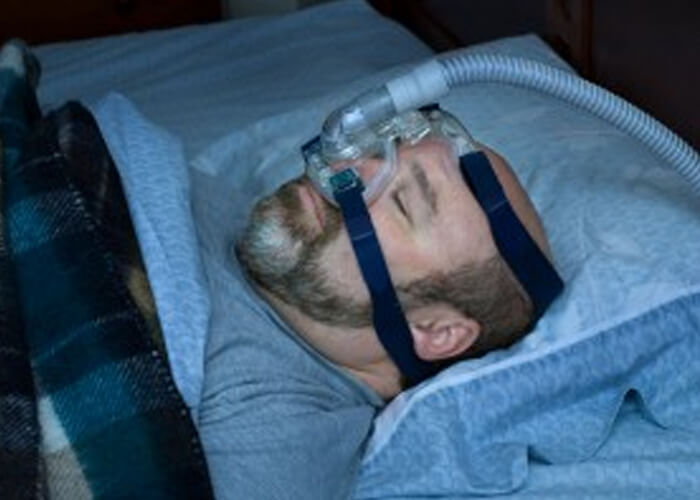 Democratic lawmakers have recently proposed two new bills that would require the FMCSA to issue a final rule that would force truck drivers and train conductors to be screened for sleep disorders like sleep apnea.

This summer the FMCSA tabled a rule that was designed to require sleep apnea screening and treatment protocol regulations for truck drivers.

According to AM New York, those suffering from sleep apnea start and stop breathing when they sleep as their throat muscles relax and block their windpipes. If this condition goes untreated it can cause reduced alertness and people can fall asleep involuntarily. This becomes especially dangerous if the person is operating a vehicle.

Trump has pledged to do away with 80% of the nation’s federal regulations, which he says inhibit job and economic growth.

The Trump administration’s fight against regulations could be responsible for the under-the-radar withdrawal of the FMCSA’s March 2016 proposal to evaluate the prevalence of moderate to severe sleep apnea among individuals with ‘safety-sensitive positions’, including highway transportation.

Sometime in June, the FMCSA withdrew the proposal, noted only that “upon review of all public comments to the ANPRM, FMCSA has determined there is not enough information available to support moving forward with a rulemaking action and so the rulemaking will be withdrawn.”

Since the proposed regulation was tabled, medical examiners have the discretion to determine which truck drivers are referred for sleep apnea testing.

Last week, bills were filed in both the House and the Senate to force the FMCSA to reintroduce the sleep apnea screening rule.

According to a news releasee from Senator Charles E Schumer, “In the face of compelling facts that show sleep apnea is a direct cause of several tragic train accidents, the Trump administration has backed off a new mandatory testing rule. This is dangerous and ill-advised. A federal law would force all rail lines—in New York, New Jersey and across the country—to conduct these tests in perpetuity and with clear federal guidelines. Across-the-board sleep apnea testing must be law of the land for train operators and commercial drivers to help ensure us that the tragedies that happened in Brooklyn and in Hoboken will be prevented in the future.”

“The findings released by NTSB on the Hoboken and LIRR crashes underscore just how shortsighted and reckless the Trump Administration’s recent decision was to reverse the rule requiring sleep apnea testing and treatment,” said Sen. Booker, the top-ranking Democrat on the Senate subcommittee overseeing America’s rail infrastructure.  “We simply cannot stand idly by and wait for the next tragic incident. It’s imperative that we take immediate steps to strengthen rail safety standards and sleep apnea testing is a common-sense safety measure that could prevent crashes and save lives. I’m proud to stand with Sen. Schumer and my colleagues in the House and Senate in introducing legislation to protect operators and commuters from another preventable tragedy by expanding sleep apnea testing and treatment requirements.”

The senators did begin this push to regulate sleep apnea testing by speaking with the DOT; however, they were not willing to aid testing and regulation efforts. Now the most effective way to implement a sleep apnea rule is to push for legislation that would require DOT to move forward.

“Schumer and Booker’s legislation would require the federal Secretary of Transportation to issue a final rule to provide for the screening, testing, and treatment for sleep disorders of individuals operating commercial vehicles, including train operators.”

Under Schumer and Booker’s proposal, the FRA and the FMCSA would oversee the rules for testing, with individual agencies conducting the tests.

This rule becomes a problem is many different cases. Throughout the trucking industry already there have been problems involving unwarranted referrals from drivers, who see apnea testing companies, treatment device manufacturers and doctors cashing in on a gray area in regulation.

Similarly, companies are already vowing to remove any driver found to have sleep apnea: meaning, thousands could lose their jobs.

Nancy Snyder, a spokeswoman for NJ Transit, told AM New York that the agency would immediately remove any safety-sensitive rail employees from service who exhibit fatigue symptoms. The agency, she said, has been testing for sleep apnea since 2005.