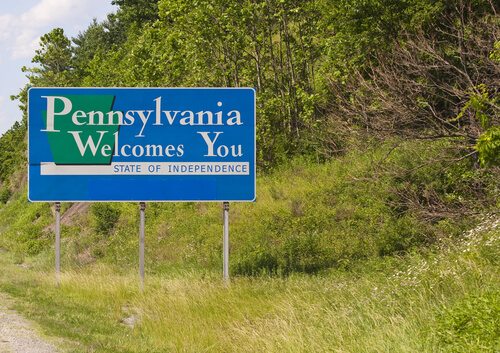 The Owner-Operator Independent Drivers Association (OOIDA) and the National Motorists Association filed suit against the Pennsylvania Turnpike Commission in a federal court in Harrisburg last week, according to PennLive.

According to OOIDA, it is unlawful for the Turnpike Commission to give PennDOT $450 million worth of toll revenue each year for non-turnpike projects. The suit alleges that it is a violation of interstate commerce laws to use toll revenue for anything other than the maintenance or expansion of the Pennsylvania Turnpike. Since January of 2018, the Turnpike Commission has paid PennDOT $5.875 billion in toll revenue — and the lawsuit asks Pennsylvania to refund the nearly $6 billion to drivers.

The lawsuit also points out that truckers are paying an unfair share of the toll burden, paying half of all turnpike toll revenue even though trucks only make up 15% of total traffic. OOIDA acting president Todd Spencer notes, “Truckers and motorists are not ATMs to fund everything under the sun. The ongoing, economic drain on unsuspecting turnpike users is the epitome of highway robbery.”

Spencer goes on to say that “The tolls charged far exceed the value of the use of turnpike and the costs to maintain it … Truckers have especially overpaid the price at as much as 70 cents per mile.”

PennDOT and the Pennsylvania Turnpike Commission have declined to comment on the suit.