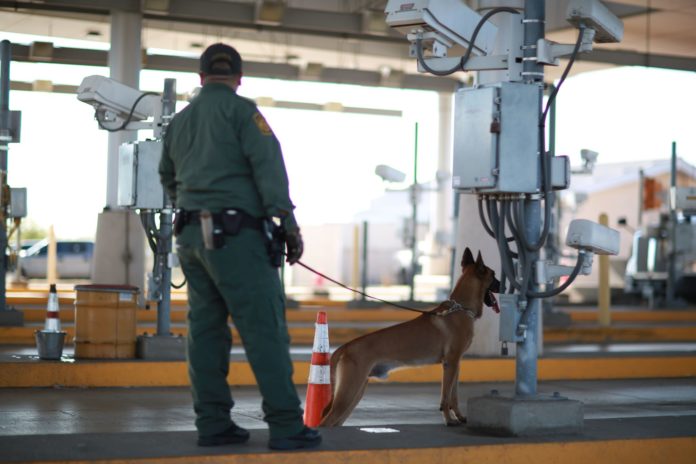 Border Patrol agents arrested two members of a notorious criminal gang during a search of a tractor trailer at a Laredo, Texas, checkpoint.

In a Thursday news release, US Border Patrol Laredo Sector (USBP) said that agents manning the I-35 checkpoint searched a commercial vehicle trailer after a canine unit alerted to the vehicle.

When officers searched the trailer, they discovered a large group of undocumented individuals within.

According to USBP, during a record check of 26 year old El Salvadoran national Jorge Pacas-Serrano, agents discovered that he had multiple previous prior removals in addition to affiliation with the Mara Salvatrucha (MS-13) gang.

“Laredo Sector agents and their four-legged partners work hard every day to safeguard our Nation borders. Their continuous efforts led to the arrest of these dangerous criminals ensuring the safety of the citizens of our community and throughout the Nation,” USBP said.