Home Entertainment Don’t Give Up Your Ship Don’t Give Up Your Ship!

“I pass like the night, from land to land.” -Samuel Taylor Coleridge 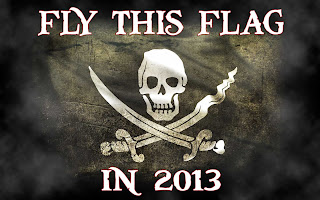 Avast, Scalawags and Land Captains. Let’s talk about the good life in Chicago now, about beautiful beaches, a majestic skyline and The Tall Ships at Navy Pier.

Before there were trucks, the world transported goods and services using wooden cargo ships such as Friends Good Will and Pride of Baltimore. During the Battle of Lake Erie on September 10, 1813 these incredible War Machines helped defeat and capture six British Navy vessels. Crimson blood spilled on the inland sea as Forty-One Royal Sailors lost their lives in one of the biggest naval battles of the War of 1812. “We have met the enemy and they are ours,” was the famous quote from Commander Oliver Hazard Perry, and his name was commemorated with a travel plaza off Interstate 80 in Clyde, Ohio.  Today, these historic flagships are launched as fateful Tall Ship replicas for the preservation of traditional maritime skills.

In 1916, Navy Pier had evolved from a freight and passenger ship docking facility to one of the world’s top tourist attractions, drawing more then eight million visitors each year. Chicago is also the inventor of Roller Skates, Pinball machines and the Chicago Bears. Ah-but that’s another story for football season.

Right now, I have chosen to cover Pirates, bootlegging and The Tall Ships Adventure. For openers, this year’s festival included 14 amazing Ships from Canada, Norway and the United States. “Tall Ships America is a National organization that supports Tall Ships and their programs,” explained Executive Director, Bert Rogers. “We have races between the port events with more than twenty ships sailing at twenty ports at all five Great Lakes this summer”, Rogers added.

It was obvious that Bert Rogers had spent many days at sea, judging by his calloused handshake and Hulihee sidechops. Yes sir, this Sea Wolf is an elite member of the Noble Order of the Golden Shellback, crossing both the international dateline and World equator in the same day. Bert Rogers might resemble a rigid, salty Gun Boss or human cannon ball to land loving Sand Crabs. But in fact, Rogers is a gracious host and made this Chicago River Rat feel right at Home.[spacer size=”10″]

So what in the hell does this have to do with trucking, you ask? I am getting to that right now. 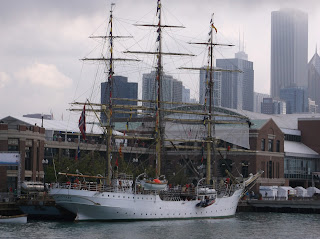 The traffic signals we use today, originated from cargo ships. In fact, during the Nineteenth Century, the United States mandated that all steamboats running between sunset and sunrise must convey one or more signal lights on the open water used for communication and to avoid dangerous collisions. For example, Port has the same amount of letters as the word left. On the Port side, is a red light to warn others to stop. The Starboard side displays a green light and grants the right-of-way to craft when traveling at Sea. However, the green sidelight does not mean Full Steam Ahead and signifies an unqualified go, and to proceed with caution. There are other Coast Guard regulations, such as displaying a white masthead light and load lines applying to large vessels, and Gaff Schooners such as Red Witch that operate internationally and on the Great Lakes.[spacer size=”10″] 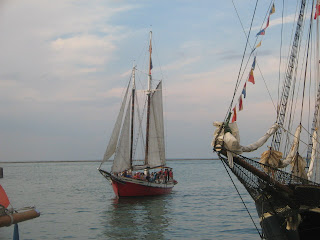 Red Witch is a 77-foot long topsail schooner that was designed by John G. Alden in 1986. Fully inspected by the U.S. Coast Guard, she is licensed to transport forty-nine passengers and weights 41 GRT         (Gross Registered Tonnage). “It’s peaceful looking out at our beautiful skyline,” says Captain Andrew Sadock. It’s great, because you can put up your sails and don’t use any fuel. Another funny thing, is road travelers assume that all drivers are sober and have a license. With us, we assume the opposite. Everyone on the water is drunk with no license.”[spacer size=”10″]

Captain Andrew is indeed a Renaissance man, holding a 100 Ton Masters License, a Commercial Drivers License and is a PhD Candidate at Washington University in St. Louis. Futhermore, this Helmsman has over 1500 days at  Sea and learned to sail in the San Francisco Bay. During our short voyage on Lake Michigan, Captain Andrew mentioned their mandatory Hours of Service and stated that they follow the 12 hours on duty and 12 hours off rule. No regulated half-hour breaks or 34 hour restarts. Just gybing and jibing and keeping on an eye on the layline and not a D.O.T Scale Houses on the interstate.[spacer size=”10″] 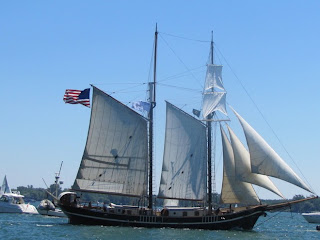 Next on the list of Tall Ships is the topsail schooner STV, Unicorn. This is the only all-female crew in the world and was built in Holland from recycled metals of old German submarines and salvaged U-boats. She is a 118 foot long fishing vessel with a locomotive-style 1500 horsepower diesel engine and serves as a leadership learning lab for teenage girls and executive women. Other Tall Ships include, Pathfinder, Lynx and the SS Sorlandet, that commemorated their 80th anniversary of her first journey to appear at the 1933 World’s Fair in Chicago.

[spacer size=”10″]
Aside from that, I was all jazzed up to hear tales of bootlegging from Pirate Dave of Chicago’s Flagship, Windy. The sunset faded over the concrete mountains as brisk winds blew from the northeast as Pirate Dave shared his vast knowledge of Rum running, murder and the high crimes at Sea. There would, of course be no haggling over moonshine for some Sun fish- except if you had a flintlock pistol during negotiations. Sounds about right, eh? And besides, Pirates have no mercy just like the folks running The White House. Which reminds me, We are all Pirates some how, some way driving our ships to new land.  Should you find the bird of good omen, set it free and beware of the nightmares of the Sea.

Read more of Bruce’s work at The Bad Americans.