This lucky log-hauler managed to escape a shocking accident with only minor injuries.

Here’s the story, according to Reddit user: Tiffany-Twisted82, daughter of the driver.

“Alright here’s the story as I’ve been told. Dad was hauling a full load of timber (several tons…duh) and the right front tire blew going 90kms.

Dad’s an experienced driver, been hauling nearly 30 years. His first reaction was to stand, with both feet, on the brake. According to Dad, when the tire blew it pulled the truck directly for the rock cut but he was able to steer just enough to avoid a complete head on collision.”

Titanium8788, another Reddit user in thread pointed out a few key details that may have saved this driver:

“Look closely at the back of the cab, he had a headache rack, it’s that big grey plate just behind the cab. It did it’s job and it did it well, it deflected the energy of the logs upwards, made them slide OVER the cab and prevented them penetrating the cab.”

According to Titanium8788, had the headache rack not been in place, that cab would not have held together. 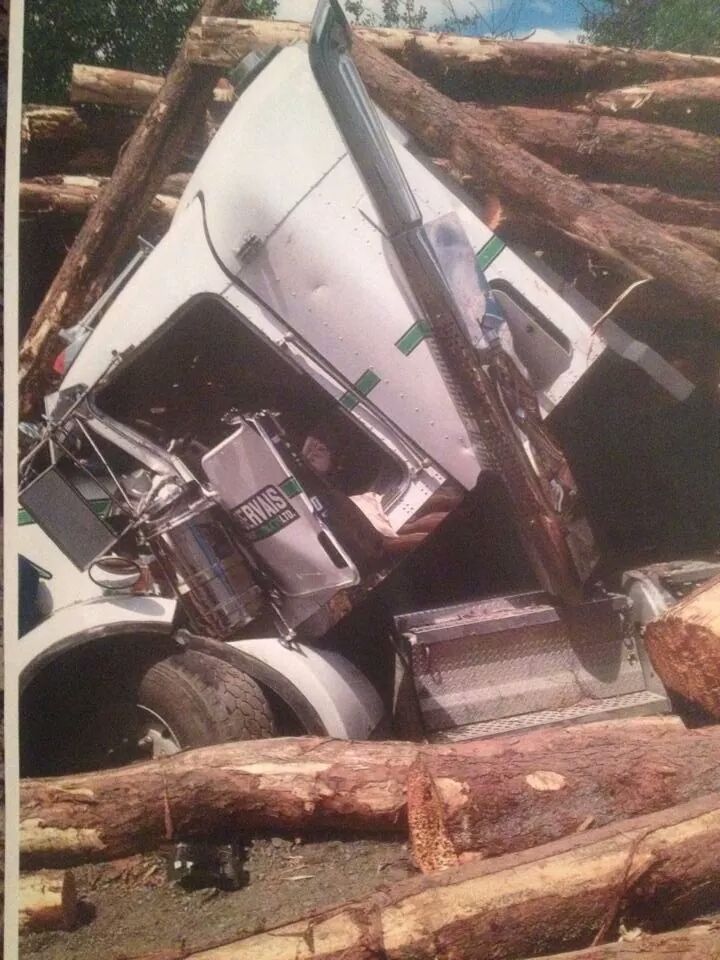