Authorities in North Carolina say that more and more truckers are ignoring signs and following their GPS into trouble on a mountain road.

Since Saturday, March 23, two semi trucks have tied up traffic for hours by getting stuck on the same spot on Old Fort Road in Buncombe County, North Carolina.

Late Saturday night, the Broad River Fire & Rescue Department reported that Old Fort Road was shut down for several hours due to a stuck truck.

Trucks drivers not adhering to numerous warning signs and even several stating trucks beyond a certain size not allowed are again becoming more frequent. Saturday alone 3 other trucks were caught on Hwy 9 by personnel who were able to stop them and redirect. Drivers following their cell phones map intended for passenger vehicles are becoming more of a problem

They also shared several images of the stuck truck. 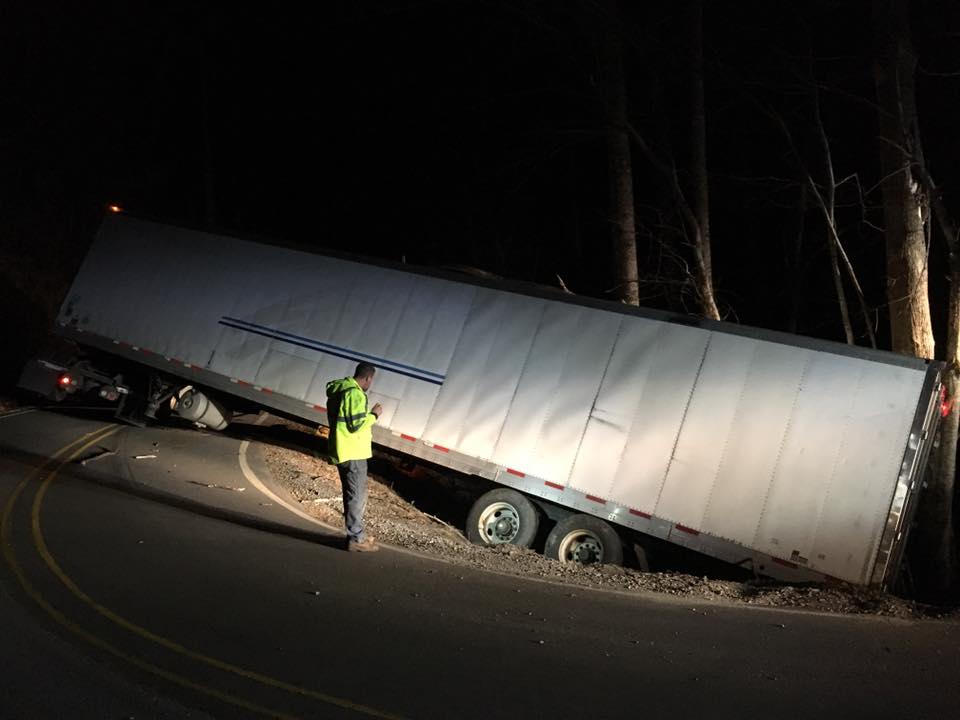 Just before midnight on Wednesday, March 27, the fire department said that it happened all over again when another semi truck got stuck in the exact same spot on Old Fort Road:

No Ladies & Gentlemen this is not a duplicate post it is however Dejavu. Just before midnight on Wednesday March 27th we were again, dispatched to assist a truck. Local woman Vickie Chandler told WLOS that the problem with stuck trucks is getting worse because “It’s made things a lot worse here, because it shows them a shortcut to get to I-40. Since GPS have come into use, there’s a whole lot more truck traffic coming across the mountain, and it can’t make it.”

In a Facebook post, the Broad River Fire & Rescue outlined several ways that the situation could be improved:

“These are just a few historical photos dating back to 2013 of various tractor trailers on Old Fort Rd between Shop Ridge Rd and Cedar Creek Rd. There have been many many others over the years. Some trucks actually make it through without any problem. There’s numerous possible solutions to preventing some of these. DOT fixing the warning and restriction signage is only a small part. As you turn onto Old Fort Rd there’s weight restrictions on the first two bridges limiting larger trucks but nowhere to turn around. As you travel towards McDowell county, after passing through the worst curves and just before the county line you’ll see a larger much newer sign stating trucks over a certain length not allowed. Problem with this sign is they’ve already made it through the worst area and again nowhere to turn around. This particular sign was suppose to be near the old Crooked Creek store so that truckers who came from Old Fort would have a final notice and a large area to turn around. There’s other signs as well like at N.C. 9 in Black Mountain that’s easily seen and also at I40 in Old Fort. DOT could also fix a few of the shoulders where the majority of issues happen. Map providers like Google could somehow add warnings for roads like Old Fort Rd. We have explored most of these options over the years with little to no success. Keep in mind because a road is marked Not Recommended does not restrict truckers from using and they do pay a lot in road taxes.”