A teenage girl was killed in a head-on crash with a semi truck in Ohio last night.

The crash was reported around 9 p.m. at the intersection of Route 235 and 41 in Clark County. 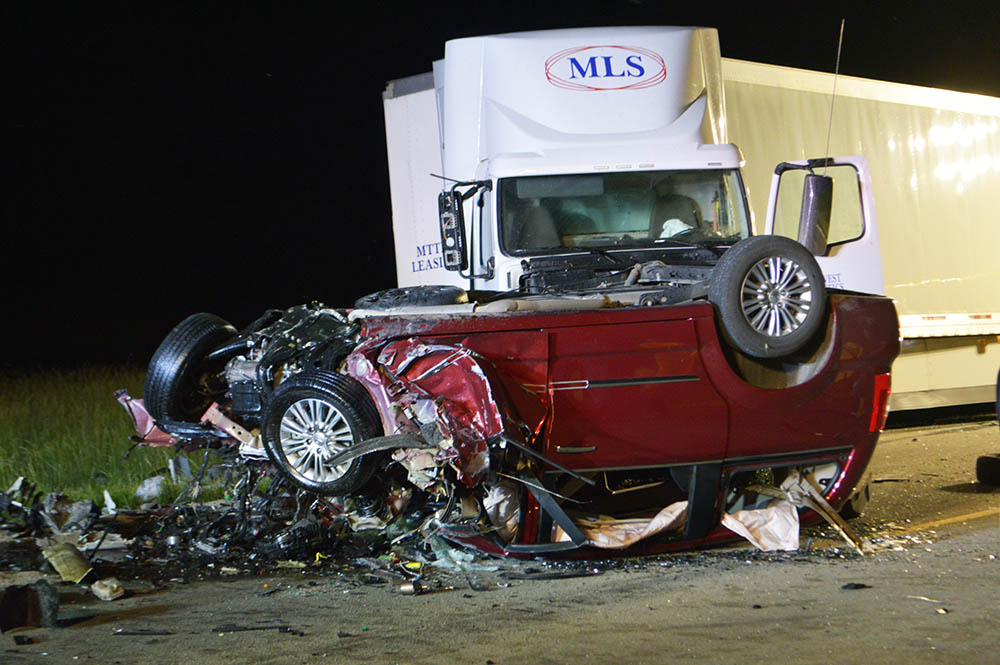 According to New Carlisle News, 13 year old Sky Lhamon stole her foster mother’s minivan shortly before the crash occurred. The Ohio State Highway Patrol says Lhamon was alone in the minivan when she swerved across the center line on Route 235 and into the path of an oncoming semi truck driven by 52 year old Indiana resident Johnny York.

Investigators say York tried to avoid the crash but wasn’t able to do so. The minivan was reportedly dragged 50 to 100 feet after the crash.

Lhamon was pronounced dead at the scene. She was wearing a seatbelt at the time of the crash.

York was not seriously injured in the crash.

Clark County officials extended their sympathies to York: “We also wish to express our concern for the driver of the other vehicle as he attempts to deal with this situation.”