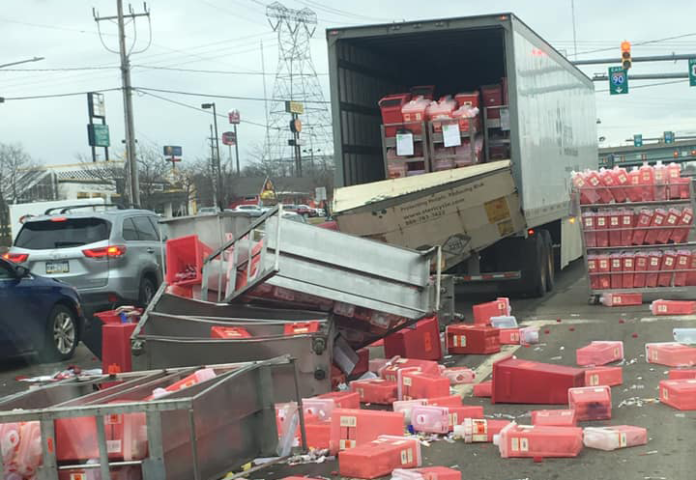 A broken strap is believed to have a caused medical waste spill on a road in Summit Township, Pennsylvania, on Thursday.

It happened around 1:00 p.m. on Thursday afternoon, on the southbound lane of Peach Street in the 7700 block.

According to local Your Erie News, a strap that was holding the containers in place broke inside the trailer, causing a container to slam into the truck door and break it open.

It took cleanup crews around two hours to clear the scene.

A motorist, who drove by the incident, captured footage of the scene and shared the following video to Facebook.